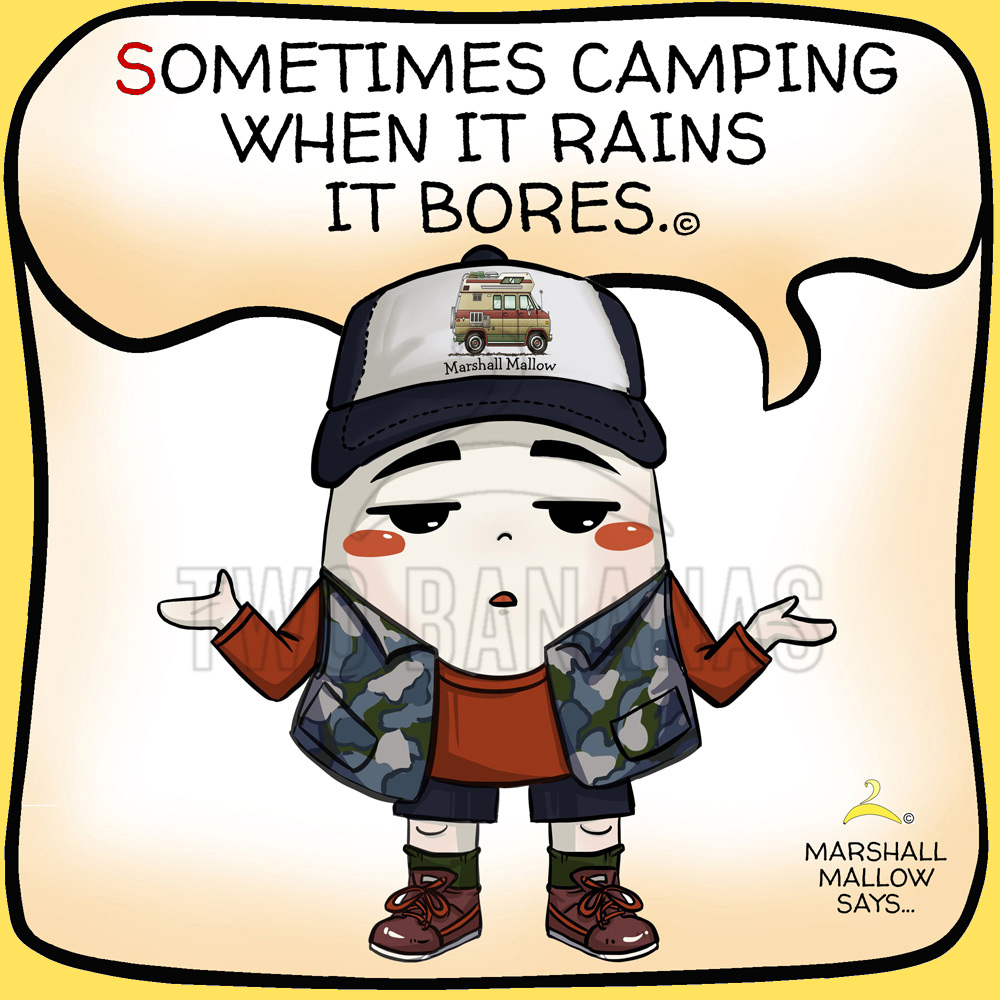 As one story goes, the family finally were able to arrange a free three day weekend in their hectic summer schedule. It was decided time camping by a lake was the R&R of choice.  It was perfect late summer weather as they set up their pop up camper. The evening campfire attracted camper neighbors and all went to sleep happy and relaxed.

All Is Right With The World

During breakfast under the awning, the sun that warmed the chilled morning air gave promise of another wonderful day. That is until a bank of dark clouds appeared over the horizon and swiftly turned warm golden sunshine into a windy cold gray world. Soon it was pouring rain more horizontal than vertical.

All sat inside the pop up camper knowing such heavy rain never lasted very long. But it did not stop. Hours and tempers grew until finally father quickly got up and left the fold-out camper and drove away in the car. More curious than upset the remaining three sat huddled in the pop-up camper awaiting his return. Sure enough, about an hour later the car pulled into the campsite and father entered the camping trailer carrying several new purchases.

Thus, the remainder of the day and well into the night the rain continued as the family sat content watching videos he had rented using the newly purchased CD player and TV. When living in a pop-up camper, plan B might be a CD!